Driving home for Christmas. It’s everywhere. You turn on the radio, it takes less than 10 minutes, and there it is. Again and again. I don’t like this song. Actually, I hate it. All the illusions it conveys. Fake. Lies.

And I am not flying home for Christmas. What is home? Maybe what used to be home does not exist anymore. New York City was a vibrant metropolis, when I spent the larger part of my childhood and youth in the Big Apple. We felt it was the center of the universe. Never ever did I imagine I would live somewhere else. No doubt. Proud to be American, living in the land of the free. The star-spangled banner on the wall. This did not change when we ended up by some twists of our fate in Europe and in the Middle East. I realized different worlds, different cultures, different lifestyles. Not like America, but trying to be as much like America as possible. America was the idol, and yet they loved and hated America at the same time. You start to get a sense why this is so, because the more they try to copy America the less they feel at ease with themselves –they will never actually be Americans, they know. Slowly, almost by stealth, I started to take this other passport seriously that lingered in the far end of the drawer. It was a piece of paper, not another identity. No doubt, America was the promised land, one day we return from these exotic destinations.

One and off, visiting America from time to time, and it became a different country, a different nation, a different society. Or maybe I became a different person. Maybe both. When I returned, it no longer felt home. The New York City I was in was no longer the New York City I knew. I know I always painted it brighter than it was. Before Giuliani’s reign, it had its problems. Many, to be honest. They said riding the subway was as dangerous as crossing a street in Beirut. I did both, and I survived both, like millions of other people did. The Giuliani years were a decisive blow to crime, true. But he killed the soul of the city. It became a sedated, sanitized, sterilized and gentrified place. Giuliani, Bloomberg and all these guys did more damage to New York City than Bin Laden’s planes ever could have done.

I went back to Europe, still working for American companies with other Americans. Yet, this exotic place started to feel like home. I started to use the red passport and the blue one went into hiding. Inconceivable a few years earlier. Being American was no longer a source of pride, it started to become embarrassing.

America has lost its way. Psychologically, America is at war with itself and the world. What you see is only the tip of the iceberg. The government shutdown, the tea party assholes in Congress, the billionaires pulling the strings of the two parties, the intelligence services totally out of control, Detroit bankrupt, and so on. People that would have been considered crazy weirdos 30 years ago dominate public life  – everything started when a weirdo got elected as president, a certain Ronald Reagan, back in 1980. America is now in the stranglehold of many such weirdos. The latest craze is the gun lobby’s attempt to re-introduce the Wild West. They campaign for the right to openly carry firearms. Close to 10,000 people are getting killed by firearms every year in the US. For every 100,000 inhabitants the US records 3 intentional homicides carried out by firearms – compared with 0.07 for the UK and 0.2 for Germany. In comparison, 17 Americans got killed by terrorism last year. Worldwide. 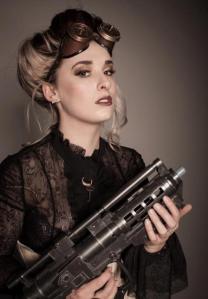 And what does this country and its leaders do and what do they discuss? The war against terror dominates everything. There are more and more relaxations for crazy gun owners – no matter how many killers rampage through schools and universities and shopping malls. It is just total madness. Who wants to live in such a place?

America, your estranged daughter wishes you a happy Christmas. Preferably without guns. And I hope Europe will not become like you.

Former home of The Meandering Naturist

Celebrating Gods Gift of Women. They Make Life Worth Living! This is an Adult Site. NSFW and 18+ Only!

Not your fluffy feminism

Reports from the Economic Front

a blog by Marty Hart-Landsberg

Behind the Red Light District

SymoneKittyNelson
Styling On The Edge

A sex ed blog with more

A site about the people of Iran. Please enjoy and share with others.

For researchers, students, activists and anyone interested in research on sex work and related topics, including human trafficking