America is in trouble, deep deep trouble. The world talks about terrorism in Paris, the terrorists of IS. But the number of violent attacks in America is escalating. It’s not called terrorism. On the very same day as Mark Zuckerberg announces his venture into charity, another terrorist attack occurs. Both incidents are not isolated, they are deeply linked. When you think of the archetypical terrorist in these times, you see bearded Bin Laden types. IS islamists opening fire in Paris at young people enjoying their lives. The archetypical terrorist in America today is a young white male, hating blacks and women of any color, often leaning towards extremist Christian ideologies.

The only difference: he is not called a terrorist.

White men in America are panicking. Their supremacy is challenged. A group of white men shot at young Black Lives Matter protesters on consecutive nights in Minneapolis, injuring five people. Terrorism. Donald Trump, their idol, calls for a Muslim database, he could just have proposed that Muslims are forced to wear something like the yellow star for Jews in Hitler’s Third Reich. He proposes such shit  because he knows, this will win him votes with disenfranchised white males. White Student Unions are popping up all around America when there are demands that university administrations do more to fight racism or rampant rape cases on campus. Finally, a white guy called Robert Dear opened fire at a Colorado Springs Planned Parenthood clinic last week, killing three people and injuring nine. A Christian fundamentalist terrorist, he’s just not called what he is. A Christian fundamentalist terrorist. There are only Muslim fundamentalist terrorists, not Christian ones. We have Islamists, but no equivalent term for Christians (or Jews, by the way). No Christianists.

Friends described Robert Dear as „very religious, read the Bible often and was always talking about scripture.“ In fact, Dear painted a cross on three of his homes. He was „obsessed with an interpretation of the Christian apocalypse and used dark, bizarre theology to justify disturbing acts of domestic violence against his ex wife,“ according to the „Charleston Post and Courier“. Dear’s girlfriend also conveyed that he described as „heroes“ members of the Army of God, the anti-abortion extremists responsible for many killings and bombings.

White American males are America’s largest terror threat. A well-armed terror threat in a country where you can buy automatic rifles in a supermarket.

White American men are the losers of the neoliberal revolution that has fundamentally transformed America since Reagan took power in 1981. The white working class is becoming extinct. Gone are the times where a man with a strong back—and even better, with a strong union—could reasonably expect to support a family on his own without a college degree. Now the only the kind of work he has are jobs once relegated to women and people of color available in areas like retail, landscaping, and delivery driving. You need two or three such jobs to survive. Those in the bottom 20% of white income distribution are confronted with material circumstances that used to be familiar to poor blacks, including erratic employment and crowded, hazardous living spaces in dangerous parts of town.

Being a white man no longer means you’re part of the ruling class. Women took over. Asian-Americans do better than you. The election of the first black president, a shock. White men are talking of “taking our country back.” The more affluent ones formed the Tea Party; less affluent ones often just sport Confederate-flag decals to their trucks.

Who drives these guys into desperation are not women who assume  their rights, the place in society they are entitled to. It’s not those blacks or Asians that are not second-class people any more. It is a raceless, genderless  economic elite that does. Blacks, women, people of color are used to being relegated to second-class citizens. They don’t become terrorists, they adjust and organize their daily survival, as they have done for centuries. For white men, this is a new experience. Many of them react with violence, anger, extremism. Some with alcoholism, drugs, early death. Average male life expectancy is falling. We have seen that in Russia in the uncertainty after the end of the Soviet Union, we now see it in America.  Over the past 15 years, the death rate for white men has actually increased —  unprecedented in modern times. Their anger doesn’t turn against the elite, but against those that are in the same situation. The elite is out of reach, so you turn your indignation against those that are now on the same level, those blacks or women.

The biggest failure is the dysfunctional liberal affluent intelligentsia.  You wonder why they are held in such disgust by such a large part of American society? Their righteous feeling of disgust for lower-class white male racism is self-defeating. They are in deep trouble themselves. The college-educated elite that produces this intelligentsia is confronted with ever-diminishing prospects and an ever-slipperier slope for the young. College debt will ruin them. Whole professions have fallen on hard times, from college teaching to journalism and the law. This relative elite could make no worse mistake than trying to pump up its own pride by despising those—of any color, sex or ethnicity—who are falling even faster.

The right-wing underground is well armed. The attacks at Colorado Springs show what they can do. Amok killing sprees target everybody that is “the other”, women, people of color, essentially anybody except the real elite.

Sorry for writing this in English.

Ich weine wenn ich sehe was aus diesem Land geworden ist. Es wird noch viel schlimmer werden. Der toxische Hass der vielen Verlierer of the class war by the rich against the rest wird im Bürgerkrieg enden. Aber dieser Bürgerkrieg wird nicht geführt gegen die Elite. The losers who are losing their privilege fight against those who never enjoyed privilege. The white, liberal intelligentsia will be squeezed between all fronts because of their indifference towards economic inequality, because of their embracing the toxic neoliberal values. America, your future is bleak. I am crying for this great, former land of the free that becomes a nightmare. A country that once was my home country. 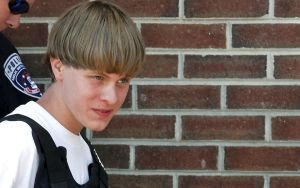 The archetypical American terrorist: Dylann Roof, a 21-year-old with a criminal record, accused of killing nine people at a Bible-study meeting in a historic African-American church in Charleston, South Carolina. He inspires many more to follow his example

Celebrating Gods Gift of Women. They Make Life Worth Living! This is an Adult Site. NSFW and 18+ Only!

Not your fluffy feminism

Reports from the Economic Front

a blog by Marty Hart-Landsberg

Behind the Red Light District

SymoneKittyNelson
Styling On The Edge

A sex ed blog with more

A site about the people of Iran. Please enjoy and share with others.

For researchers, students, activists and anyone interested in research on sex work and related topics, including human trafficking